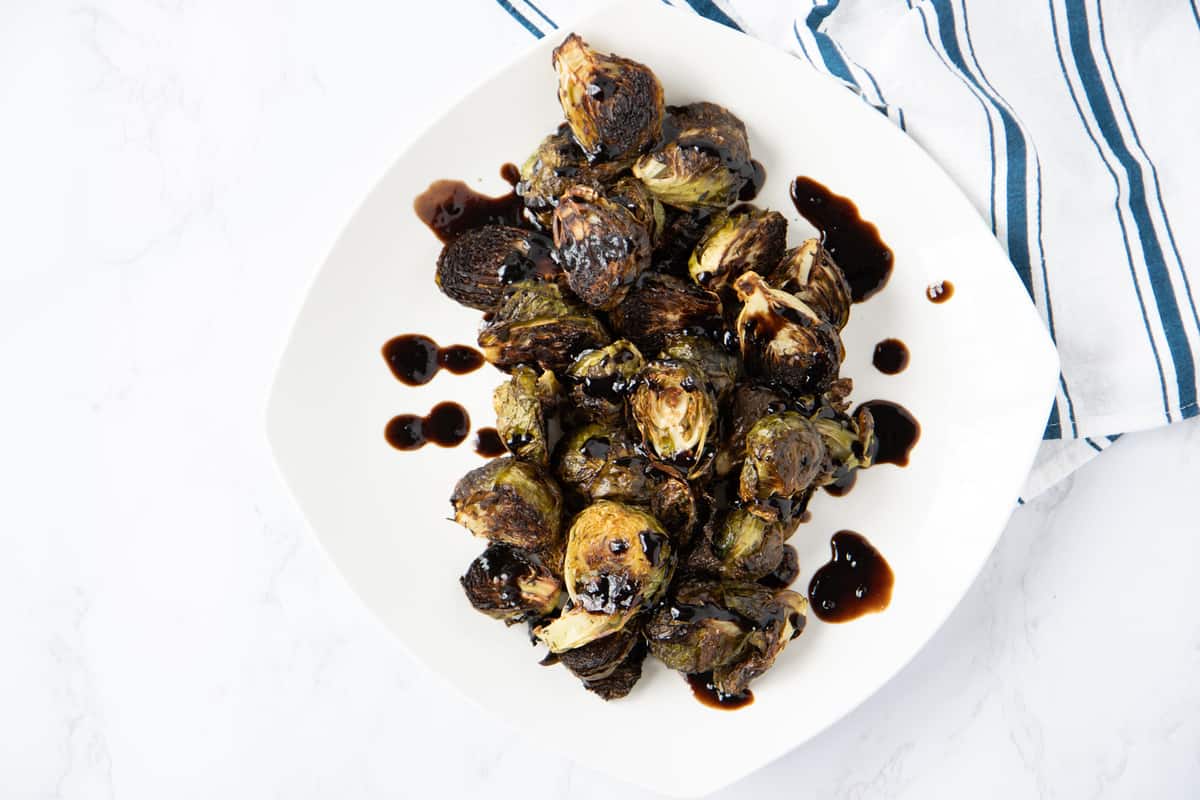 First, add the halved brussels sprouts to a large mixing bowl.  After that, toss them with olive oil, thyme, salt and pepper. Spread them out on a baking sheet and pop them into a preheated oven for 15 minutes. Meanwhile, whisk together the balsamic vinegar and raspberry jam. Bring the vinegar mixture to a strong simmer over medium heat. Let it simmer until it reduces by half.  Stir often to prevent it from burning.  Once it has reduced, remove it from the heat. It will start to thicken as it cools. Finally, drizzle the raspberry-balsamic glaze over the roasted brussels sprouts. Dig in!

As always, thank you for supporting Toshi’s Table. Make sure to rate this recipe and comment below with any feedback. I love hearing from you, and your feedback helps me with future recipes! Lastly, if you haven’t done so already, subscribe to my newsletter. I use to as a means to keep you updated with everything going on with Toshi’s Table. I hope you have a great week & happy eating!

These roasted brussels sprouts with raspberry-balsamic glaze make a great side dish to any meal. They are so easy to make!

Hello and welcome to my table!  My name is Emily Toshiko and I’m excited to share this journey with you. I enjoy creating easy to make, plant-centered recipes that inspire you to live a healthier lifestyle. To learn more about me and my blog click here.  🙂